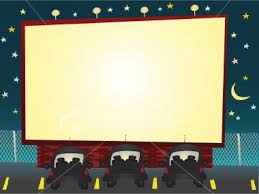 Well after a whole lot of hype Marvel Studios “Avengers: Infinity War” has finally dropped its first trailer.  It’s broken records and you’ve probably seen it already, but I’m including it here because I think it’s a well-done teaser for one of the most anticipated movies next year.  For my two cents I believe the trailer to be the perfect sort of teaser showing just enough to stoke anticipation without giving the whole damn story away.  “Infinity War” is shaping up to be the total tent-pole event “Justice League” tried to be.  WB Studios should take note: the Marvel formula may have a few hiccups involved but there is something to be said for every filmmaker having a unified vision while still being able to push some of the creative boundaries of the comic book film.  If Warner Brother’s wants to compete with Marvel with their DC license, then they need to take the reigns off their filmmakers and concentrate on letting them make good movies.  Then, only then, can the studio start to construct a proper shared universe.  Enjoy the trailer and feel free to comment below!  So Sayeth The Kendog!