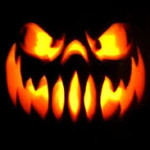 It’s Halloween time again and you know what that means for movie lovers.  Time to sit in front of the television and re-acquaint yourself with some of the best scary movies you can think of.  Now I’m going to refrain from doing a standard top ten of all time list, instead choosing to pick ten movies you might not have heard of or might not think of as great scary movies, but take it from me when I say they’ll be worth the watch.  Some are classics, some are not, but all are good-to-great scary movies.  Enjoy!

2.  The Babadook (2014)  – Jennifer Kent’s directorial debut serves as an exceptional example of how light and pace can elevate a low-budget horror film into a near masterpiece of terror.  The monster is only ever glimpsed through shadow and your mind does the rest.  Two powerful central performances carry the day and the dreamlike state of the narrative is enough to give anyone nightmares.  Highly recommended for horror fans.

3.  Late Phases: The Hour Of The Lone Wolf (2014)  –  Nick Damici is the main reason to watch this fun werewolf movie about a furry beast preying on the residents of a senior living community.  Although I confess I don’t know what’s scarier: the prosthetic werewolf makeup or the sheer amount of botox in the face of Tina Louise.  Damici plays a blind veteran who takes on the beast when no one believes his story.  Some of the effects are a little dodgy, but the script is smart and Damici is absolutely terrific.  This one’s streaming on Netflix and should not be missed.

4.  Bone Tomahawk (2015) – This is an unusual mix: a western horror film that works in both genres.  Kurt Russell plays the sheriff of a small town who takes a small group to hunt down a group of terrifying natives who have captured some of their own.  The other Native Americans shun this tribe, calling them trogladytes, and these cats are the most terrifying human monsters put on film in some time.  This is the best cannibal film of the year, miles better than “Green Inferno” primarily because you care about these characters which makes what happens to them all the more horrifying.  Great performances by Russell, Patrick Wilson, and Richard Jenkins.  This one’s streaming on Amazon!

5.  Halloween (1978) –  The first is still the best and effect after over thirty-five years.  John Carpenter’s slasher flick still works because of his great use of music, shadows, restraint and the then novel setting of suburbia.  Add an iconic performance by Jamie Lee Curtis and you’ve got yourself an all-time horror classic that stands the test of time.

6.  A Nightmare On Elm Street (1984)  – Wes Craven’s original classic, like Halloween, still stands the test of time because of a great premise, and iconic villain in Robert Englund’s Freddie Krueger, and some of the most inventive kills in horror.  It’s also the only one in the franchise, save for “Wes Craven’s New Nightmare” that is legitimately scary.  Some of the effects haven’t aged well, but this movie still drips with atmosphere and the “sins of the fathers (and mothers)” theme continues to resonate over thirty years later.

7.  It Follows (2014) – David Robert Mitchell’s film is another slow burn creeper that ratchets up the tension to wonderfully unbearable levels.  Most horror films that deal with the sex and death do so on a metaphorical level, but “It Follows” uses the theme as a plot device to wonderful effect.  Maika Monroe is terrific as Jay, the young woman whose sexual encounter with a young man comes with some horrifying consequences.  A sense of inescapable doom pervades the piece, leading to an open-ended final shot that I found terrifically creepy.  See this one on date night.

Freaks (1932) – Tod Browning had already hit it big with 1931’s “Dracula” but, in my humble opinion, his follow up about a troupe of circus freaks who take revenge on a pretty trapeze artist for humiliating one of their own, remains one of the creepiest early horror films ever made.  Using real performers and treating them like real people, Browning gave audiences an uncomfortable example of a very human evil.  And the finale still induces shudders to this day.

9.  The Descent (2005)  – Neil Marshall’s chiller about a group of girlfriends who go caving and have to fight off cannibalistic humanoids is a wonderfully chilling exercise in claustrophobic terror.  Other than the monsters, the group has to contend with cave-ins, darkness, disorientation, and even each other.  The performances are spot-on, Marshall’s direction taut and tense, and the creatures are very scary in their hunger and determination.  The multiple endings can be off-putting to some, but I found the less optimistic one more in line with the film.  If you like gritty creature features, “The Descent” is for you!  This one is streaming on Hulu!

10.   Trick ‘r Treat (2007) – Michael Dougherty’s anthology dedicated to mythology of Halloween may be the best Halloween horror film ever.  Criminally underrated, it get’s better and better with each viewing.  Five interconnected tales, featuring talented performers like Dylan Baker, Brian Cox, and Anna Paquin, this movie is spooky and fun in equal measure.  A modern-day “Creepshow” this should be mandatory viewing every Halloween.  It’s that good!  So Sayeth The Kendog!