Howdy Folks! It’s The Kendog here with a look at the long-delayed sequel to the 2018 hit “Venom,” a film that managed to become a success despite being a film about a Spider-Man villain that didn’t feature Spider-Man. It succeeded because of a gonzo performance by Tom Hardy, some funky special effects, and a script that gets the character right despite the familiar story beats of a standard superhero film. “Let There Be Carnage” ups the ante when it comes to the bromance between the symbiote Venom (voiced by Hardy) and Eddie Brock. The two are in full old-married couple mode when they have to face a new symbiote that has merged with a serial killer named Cletus Kasady to become the powerful Carnage. Both Venom and Eddie are forced to deal not only with their own complicated relationship but with the consequences of their actions when it comes to both Cletus and Carnage.

END_OF_DOCUMENT_TOKEN_TO_BE_REPLACED 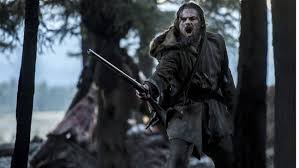 There are films that are destined to be Oscar-bait.  Last year’s “Birdman” was one of those films and, while it is entertaining enough, Alejandro G. Iñárritu’s film was too stylized for my taste. Well, he’s back with a film that definitely qualifies as Oscar-bait, and unfortunately my enjoyment of the film is not on par with many of my colleagues. “The Revenant” features some incredible scenes and an awards-worthy performance by Leonardo DiCaprio in the title role, but it also suffers from long shots of the wilderness that kill the film’s pace and a script that doesn’t develop the characters as well as they should. It makes for a frustrating experience. END_OF_DOCUMENT_TOKEN_TO_BE_REPLACED