Dog’s Movie House: “The Visit” A Return To Form For M. Night Shyamalan! 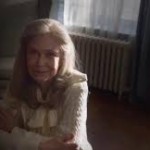 Deanna Dunagan in “The Visit”

I have a great amount of admiration for filmmaker M. Night Shyamalan.  Ever since “The Sixth Sense” exploded on the scene in 1999 I’ve been a fan of his slow burn, cinematic style.  He’s fallen out of favor since his heyday in the 90s, with bombs like “The Happening” and “After Earth” on his resume.  Apparently his solution is to venture into the world of low budget filmmaking, partnering with Blumhouse Studios (“Insidious: Chapter 3) to write and direct his own entry into the “found footage” horror genre.  While I generally think most found footage films are dubious enterprises at best, I have to say that “The Visit” is one of the spookier horror films I’ve seen in a while and a good return to form for the talented Shyamalan. END_OF_DOCUMENT_TOKEN_TO_BE_REPLACED