The Dogcast: Old Time Superman For Your Listening Pleasure!

Howdy Folks! It’s The Kendog with some Superman from the Golden Age Of Radio in honor of the release of “Zack Snyder’s Justice League.” A simpler Superman from a simpler age. I might throw in a little Batman in there for good measure. Enjoy the old radio shows and enjoy the massively entertaining Snyder Cut of “Justice League.” Feel free to comment on my Facebook page or on this site. So Sayeth The Kendog!

These Are The First Four Episodes In The Superman Serial “Batman’s Great Mystery” I’ll have more later! 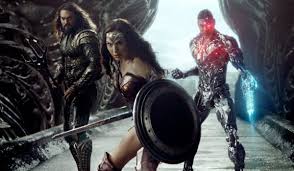 After the runaway success of “Wonder Woman” DC fans were optimistic about the state of their cinematic universe.  Released to near universal acclaim and wonderful box office, and Amazonian superhero served as a shot in the arm for the divisive DC extended universe.  Now director Zach Snyder is back (with an assist from “Avengers” helmer Joss Whedon) for his third go-round in the cinematic arena he created with “Man Of Steel.”  This time we get “Justice League,” a team-up of superhero icons such as Superman, Batman, The Flash, and Wonder Woman.  The bad news: the film is a narrative mess, with some dodgy effects and the fingerprints of studio interference all over it.  The good news:  there is enough Snyder, Whedon, and company get right the most of crap doesn’t matter, making “Justice League” a highly entertaining film.