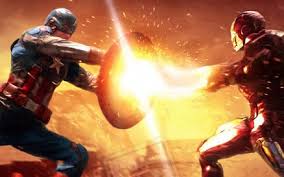 The DC/Marvel Studio war is in full swing, and the winners are the fans of comic book movies.  I have high hopes for “Batman vs. Superman: Dawn Of Justice” and I think Ben Affleck is going to make a good Dark Knight.  But now you can officially color me excited for “Captain America: Civil War” after the second trailer dropped a few days ago.   We finally get Spiderman in the Marvel Cinematic Universe.  He only shows up at the end, but it certainly whets the appetite.  It’s a great time to be alive for comic book movie fans.   Check out the two latest trailers below and let me know what you think in the comments section.  So Sayeth The Kendog!