Dog’s Movie House: “First Man” Leads The Way Of What To See This Week!

Howdy Folks!  It’s The Kendog here with looks at a couple of this weeks films including Damien Chazelle’s latest, “First Man.”

Biopics are tricky things.   Do them right and you get a riveting cinematic incarnation of some of histories most important events.  Do it wrong and the audience is falling asleep just like they did during high school history class.  Fortunately, “First Man” is solidly in the former category although it does have a few flaws.   Plus we take a look at “Bad Times At The El Royale” and last week’s champion, “Venom.”

END_OF_DOCUMENT_TOKEN_TO_BE_REPLACED

Dog’s Movie House: “Blade Runner 2049″ A Masterpiece, But Not For Everyone!” 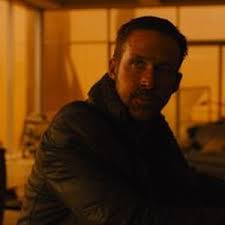 Ridley Scott’s “Blade Runner” from 1982 has transformed from a misunderstood underperformer at the box office at the time of its release to a science fiction classic almost four decades later.  There are several different versions of the film to view, discuss and dissect with friends or foes, and the film’s look is still beautiful all these long years later.   But make no mistake, “Blade Runner” is not a slam-bang action flick:  it takes it’s time to tell the story and those who find themselves disinterested in said story will find the film to be slow and uninvolving.  The same can be said for Denis Villeneuve’s follow-up, “Blade Runner 2049.”   END_OF_DOCUMENT_TOKEN_TO_BE_REPLACED