Dog’s Movie House: “Glass Onion: A Knives Out Mystery” Just As Good As The First Film!

Howdy Folks! It’s The Kendog here with a look at Rian Johnson’s highly anticipated sequel to his hit 2019 film “Knives Out.” It’s called “Glass Onion: A Knives Out Mystery” and I’m happy to say that it’s just as good as the original film. That’s primarily because the only character returning from the first film, Daniel Craig’s Benoit Blanc, is just as smart and charming this time around as the world’s greatest detective. This time he’s been invited to an eccentric billionaire’s private island to participate in a phony murder that suddenly turns real. As in the first film, there is an impressive ensemble cast of potential killers and victims alike and enough twists and turns to qualify as a typical street in San Francisco. And at the center of it all is Benoit Blanc, the Southern Sherlock Holmes/Columbo hybrid who has become one of the most entertaining onscreen detectives in years.

END_OF_DOCUMENT_TOKEN_TO_BE_REPLACED 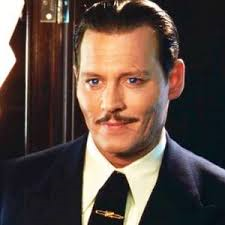 Johnny Depp as Ratchett in “Murder On The Orient Express”

You know the saying “they don’t make them like they used to?”  Well, in movies for the most part that’s true.  With the exception of a few filmmakers out there like Christopher Nolan and, to a lesser extent, Mel Gibson, the era of old-fashioned moviemaking has gone mostly the way of the Dodo.  Which is why it’s refreshing to see Kenneth Branagh’s polished version of Agatha Christie’s “Murder On The Orient Express” hit theaters this week.  As old-fashioned as they come in all the best ways, this film is an above average update featuring a captivating story, witty banter, and wonderful performances.