Howdy Folks! It’s The Kendog here with Gerard Butler’s latest foray into the realm of action moviemaking. This one’s called “Plane” and features Butler as Brodie Torrance, an airline pilot who is forced by his cheap airline to fly through a storm from Southeast Asia To Tokyo on New Year’s Eve. Good news is that the holiday means not having a full load of passengers. The bad news is that one of those passengers is an accussed murder named Louis Gaspare (an appropriately intimidating Mike Colter) being returned to the States via Tokyo buy a federal marshall. The storm blasts the planes electronics and Brodie is forced to put the plane down on what turns out to be an unclaimed island in the Phillipines run by separatists and criminals so dangerous the Phillipine government won’t touch the place without a full military invasion. When his passengers are kidnapped by the bad guys, it’s up to Brodie and Gaspare to save the day in time for the crisis team back home (led by a straightfoward Tony Goldwyn) to mount a rescue.

END_OF_DOCUMENT_TOKEN_TO_BE_REPLACED

Howdy Folks!  It’s The Kendog with two new releases this week in the cinema! 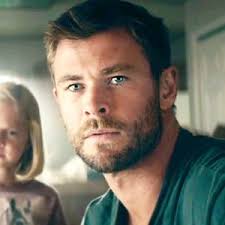 First off we’ve got “12 Strong” the true tale of twelve soldiers led by Mitch Nelson (Chris Hemsworth) in the first, top secret fight against the Taliban just after 9/11.  Directed by Nicolai Fuglsig from a script by Ted Tally and Peter Craig (based upon Doug Stanton’s “Horse Soldiers), “12 Strong” is surprisingly light on character development given the fact that it’s based on a true story.  It feels more like a patriotic propaganda piece than a true-life experience and it takes away from the emotion one might feel if the characters were a little more fleshed out.  Hemsworth leads a cast that includes Michael Shannon, Michael Pena and William Fichtner, but all of these talented actors are trapped in cardboard, clichéd characters.  The best performance goes to Navid Negahban as General Dostum, the Afghani warlord charged with helping the Americans fight the Taliban.  Negahban has a sense a gravitas that helps improve Hemsworth’s performance as Nelson.  The two have good chemistry and serves as a reminder of how good the film would have been if the rest of the cast had been given this much meat for their characters.   END_OF_DOCUMENT_TOKEN_TO_BE_REPLACED

Timing is everything when it comes to the movies.  Release them at the right time and you have a huge hit on your hands, but suffer the misfortune of real-life events mirroring the subject matter of your film and the audiences will stay away in droves.   Witness this week’s two weather-related films: the disaster fantasy “Geostorm” and the true life tale of the Granite Mountain Hotshots “Only The Brave.”  The two films vary wildly in quality, but both have the misfortune of being released just after an entire slew of very real, very terrifying natural disasters have struck the country.  This means that audiences are going to be understandably disenchanted with the prospect of watching natural disasters reenacted on the big screen for their entertainment.  In the case of “Only The Brave” this is a real tragedy.   END_OF_DOCUMENT_TOKEN_TO_BE_REPLACED