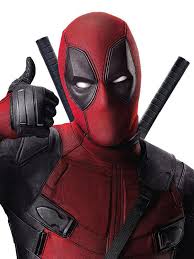 Science fiction geeks like myself can easily forget the wonderful time in which we live.  For the first time we can see comic book heroes realized as never before on the big screen.  Modern special effects and the movie studios’ visions of dollar signs in their heads have led to a renaissance of very good to great comic movies.  That said, we can’t stop complaining about the little things that bother us about comic movies nowadays.  The biggest complaint I hear is that there is a certain “sameness” (whatever the hell that means) about comic book films, specifically with the ever expanding Marvel Cinematic Universe.  Apparently we aren’t satisfied with the state of things in the world of Comic Book Movieland and something is desperately needed to shake things up.  Well thank goodness for Ryan Reynolds and “Deadpool,” a blissfully violent and funny R-rated romp that serves as not only one of the most entertaining comic book films in some time, but also one of the most entertaining movies in some time, period! END_OF_DOCUMENT_TOKEN_TO_BE_REPLACED