The Kenblog: Good-Bye To A Legend – June Foray! 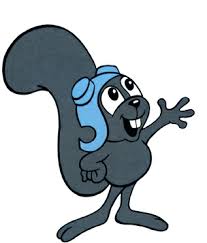 Those of you who know me well know one of my entertainment heroes is the legendary Mel Blanc.  His kind heart combined with his incredible vocal skills made him one of the men outside of my family I admired most.  But for all of his skill in creating voices for all of those Looney Tunes characters, he did not do it alone.  Most of his help in the area of female characters came from an equally talented woman whose dedication to the art of animation not only made her a legendary voice actress, but also helped to bring animation in a short form to the attention of none other than the Academy Awards.  I am of course speaking of the late, great June Foray who died earlier this week at the age of 99.   END_OF_DOCUMENT_TOKEN_TO_BE_REPLACED 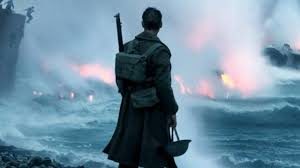 As an unabashed fan of both Luc Besson and Christopher Nolan, I have to admit I was excited when both filmmakers are releasing new movies on the same day.  Besson has “Valerian And The City Of A Thousand Planets’ adapted from a famous French comic book, while Nolan is releasing the war drama “Dunkirk” detailing the harrowing evacuation of three hundred thousand British soldiers from the beaches of German-occupied France.  Unfortunately only one of these films is up to each of the director’s lofty standards.   “Valerian” is a beautiful film to look at, but a somewhat standard story keeps it from being anything but serviceable.  “Dunkirk” on the other hand is a terrific, immersive piece of entertainment that will stick with you long after you leave the theater.   END_OF_DOCUMENT_TOKEN_TO_BE_REPLACED

Dog’s Movie House: July Has Been A Killer Month For Movies!

After a ho-hum month of June in which the phrase that pays was “franchise fatigue” with such duds as “Transformers 5” and “Pirates Of The Caribbean 5” and that misguided Mummy film, I’m here to say that the Hollywood machine is not truly devoid of creativity.  It just took them a little while to get going.  Yes, there are a couple of franchise pictures in July, but guess what: they’re actually great films and entertaining as hell.  So strap in and prepare yourself for a whirlwind tour of recommendations for the films you should see in July! END_OF_DOCUMENT_TOKEN_TO_BE_REPLACED

They needed a writer’s room for this?!  The fifth film in the highly profitable yet artistically dubious series about transforming robots, “Transformers: The Last Knight” is an absolute mess.  A well-constructed, occasionally entertaining mess, but a mess nonetheless.  For all the money put onscreen, for all the wonderful special effects work by ILM, there is a mechanical nature to Michael Bay’s latest that literally gives us nothing to care about.  I enjoy a robot throw-down as much as anyone, but five films in and I find myself officially exhausted.   END_OF_DOCUMENT_TOKEN_TO_BE_REPLACED

Pixar’s Cars franchise has always been considered the acclaimed studio’s red-headed stepchild.  While the animation has always been top-notch, many felt the storytelling was more simplistic than classic Pixar fare like “Toy Story,” “Up,” and “Inside Out.”  I find myself in that camp as well, but unlike some of my colleagues I very much enjoy the Cars films for what they are: wonderful cartoons designed primarily for kids.  In the case of “Cars 3,” Pixar has decided to forget the Mater-centric “Cars 2” doesn’t exist and bring a nice, sentimental conclusion to the story of legendary racer Lightening McQueen (voiced by Owen Wilson). END_OF_DOCUMENT_TOKEN_TO_BE_REPLACED