Pixar’s Cars franchise has always been considered the acclaimed studio’s red-headed stepchild.  While the animation has always been top-notch, many felt the storytelling was more simplistic than classic Pixar fare like “Toy Story,” “Up,” and “Inside Out.”  I find myself in that camp as well, but unlike some of my colleagues I very much enjoy the Cars films for what they are: wonderful cartoons designed primarily for kids.  In the case of “Cars 3,” Pixar has decided to forget the Mater-centric “Cars 2” doesn’t exist and bring a nice, sentimental conclusion to the story of legendary racer Lightening McQueen (voiced by Owen Wilson). END_OF_DOCUMENT_TOKEN_TO_BE_REPLACED 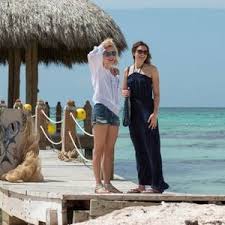 Mandy Moore and Claire Holt in “47 Meters Down”

There’s a reason “Jaws” is still a terrifying film over forty years after its initial release.  Despite the goofy-looking, hardly-ever-working mechanical shark, the film’s thrills have never been bettered for two reasons:  the fear of what you can’t see and the wonderful attention to character that makes you care about their fates.  In this era of digital effects, most filmmakers still don’t get the idea that it takes more than a realistically rendered computerized shark to make a good shark horror film.  The latest in this sub-genre “47 Meters Down” gets it half right.  It has wonderful atmosphere and makes the most of its small budget when it comes to the suspense.  Unfortunately, slim character development keeps it from being anything but a competent matinee picture.   END_OF_DOCUMENT_TOKEN_TO_BE_REPLACED 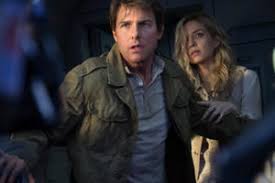 The term “shared cinematic universe” is going to become very unpopular very quickly.  Marvel Studios started this trend with their comic book movies, a strategy that makes sense because comics are often serialized stories that combine individual heroes and villains into various super teams to tell larger, interconnected stories.  DC and Warner Brothers are doing the same thing, if not with the same amount of success.  But now everyone is jumping on the damned bandwagon.  Godzilla is getting his own shared Monsterverse, and now, Universal is creating its own “Dark Universe” repackaging the classic Universal monsters of the 1930’s, 40’s, and 50’s to create some sort of monster “super team.”  The Tom Cruise vehicle, “The Mummy” was supposed to kick things off and it does. . .right off a cliff! END_OF_DOCUMENT_TOKEN_TO_BE_REPLACED

I am an avid fan of Steven Spielberg and I know he’s more interested in pursuing adult material, but the kid in me just wishes he would go back to the masterfully crafted adventures that I enjoyed so much as a kid.  Of course, he tried that last year with “The BFG,” and that tanked so I can understand if he’s a little gun shy right now.  That said, he’s got a new film in the pipeline called “The Papers” about the Washington Post’s decision to publish the classified Pentagon Papers in 1971. END_OF_DOCUMENT_TOKEN_TO_BE_REPLACED

Gal Gadot as the Amazonian Princess Diana In “Wonder Woman”

To say the DCEU (DC Extended Universe) has gotten off to a somewhat rocky start is something of an understatement.  While “Man Of Steel,” “Batman vs Superman: Dawn of Justice,” and “Suicide Squad” made oodles of cash but were very divisive in terms of quality and fan satisfaction.  I found that I liked the three films without loving them:  each had some very good qualities but also had some very real problems, most of them revolving around the studio’s insistence on stuffing every film full of references to a larger cinematic universe rather than concentrating on telling a compelling story for each individual film.  Thankfully that inconsistency is at an end with the release of “Wonder Woman,” which serves as a wonderfully exciting origin story and a cinematic coming out for one of the most iconic superheroes of all time. END_OF_DOCUMENT_TOKEN_TO_BE_REPLACED