Howdy Folks!  It’s The Kendog with my yearly predictions for the Academy Awards! 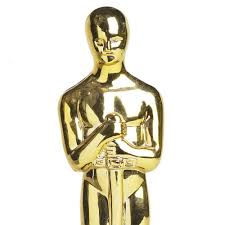 In the interest of full transparency, I generally suck at this despite my knowledge and love of the movies.  It’s probably because there’s a political element at play here that has very little to do with the actual quality of a film.  That doesn’t stop it from being any less fun to try and figure out what the hell the Academy is going to do when it comes to Oscar night.  So without further ado let’s jump right in to the deep end of the pool and figure out the big winners from this coming Sunday’s biggest awards show!

Category:  Actor In A Leading Role

Timothee Chalamet – “Call Me By Your Name”

Daniel Kaluuya – “Get Out”

Although this one seems like Oldman’s to lose for his powerhouse portrayal of Winston Churchill, let’s not forget about the Academy’s love for Daniel-Day Lewis, who in playing the “retirement” card might get another golden statue for his show biz golden parachute.  If the love for “Get Out” continues, Kaluuya may be the big surprise, but he may end up splitting the up-and-coming actor vote with Chalamet.  Washington’s already got two statues and although he gives a towering performance, the movie was only a few steps above mediocre.

Who Should Win: Denzel Washington

Category – Actor In A Supporting Role

Richard Jenkins – “The Shape Of Water”

Christopher Plummer – “All The Money In The World”

Sam Rockwell looks like the front runner for his brilliance in “Three Billboards” as his character has one of the most unlikely redemptive arc in the history of cinema, but he may split the “Ebbing” vote with Harrelson who is also terrific in the same film.  My vote is going for Plummer, who gives a terrific performance in “All The Money In The World,” as J. Paul Getty.  It’s even more remarkable given he had to pinch hit for the removed Kevin Spacey.  The movie itself is merely decent, but Plummer elevates every scene he’s in to the point that if he was in every scene, “All The Money In The World” would’ve been a masterpiece.

Who Should Win – Plummer

Category – Actress In A Leading Role

Sally Hawkins – “The Shape Of Water”

I have no freakin’ clue on this one.  This is definitely the closest category and one that is too close to call.  I’d probably give the edge to McDormand, but Robbie, Hawkins, and Ronan are not far behind.  When Meryl Streep is the overall underdog you know you have a loaded category.  Good luck betting on this category.

Who Will Win – McDormand

Who Should Win – Ronan Or Hawkins

Category – Actress In A Supporting Role –

Octavia Spencer – “The Shape Of Water”

Allison Janney is the clear frontrunner for her ferociously funny performance in “I, Tonya” but it wouldn’t surprise me if Metcalf took home the gold.  Her turn as a more well-rounded, yet no less ferocious mother in “Ladybird” is half of the dynamic that makes this movie so damn good.  Blige is incredible in “Mudbound” but as a Netflix release it flies in the face of the current Hollywood establishment, so probably not this year.

Who Will Win – Janney

Who Should Win – Metcalf

“Call Me By Your Name” is a critical darling and will probably win in a landslide.  I’d love to see “The Disaster Artist” Or “Logan” take the prize for their originality, but “Name” is the only film on the list that’s going to resonate with the voters.  “Mudbound” is a great script, but won’t win stated for the reasons above.

Who Will Win – “Call Me By Your Name”

Who Should Win – “Logan”

-“The Shape Of Water”

“Three Billboards” has a good shot at winning this one but “The Shape Of Water” will probably take this one as it’s one of the Academy frontrunners and “Billboards” has the edge in the acting categories.  “Lady Bird” and “Get Out” shouldn’t be discounted, especially with all the love “Get Out” is getting.  “The Big Sick” is a dark horse in this category, but I wouldn’t be surprised if it picked up the trophy as well.

Who Will Win – “Three Billboards Outside Ebbing, Missouri”

Who Should Win – “The Shape Of Water”

“Get Out” – Jordon Peele

All of these nominees are deserving of the award, but Del Toro’s unique vision plus award momentum will put him in the lead.  That said I think Nolan is a better choice as “Dunkirk” was the most superbly directed film this year.  I loved the film but you don’t have to like it to admire the sheer scale and craft involved, especially in this era of overused CGI.  On a personal note, I’m rooting for Gerwig who’s a Sacramento gal and she directed the hell out of her first full length feature.  It wouldn’t bother me if Peele wins for “Get Out.”

Who Will Win – Del Toro

Who Should Win – Nolan

-“The Shape Of Water”

This is basically a two-horse race between “Shape” and “Billboards” but this is still one of the most wide open races in years.  Both “Dunkirk” and “Lady Bird” have more than a puncher’s chance as well as “Get Out.”  The others have an outside chance at best, but don’t underestimate the power of a legendary director like Spielberg for “The Post” even though he wasn’t nominated in the director category.  “The Shape Of Water ” is the favorite, but not by much.

Who Will Win: “The Shape Of Water”

Who Should Win: “The Shape Of Water”

“War For The Planet Of The Apes”

“The Shape Of Water”