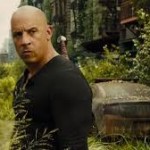 Vin Diesel As Kaulder In “The Last Witch Hunter”

Full disclaimer:  I’m a big fan of Vin Diesel.  Ever since “Saving Private Ryan” and “The Iron Giant” I’ve always looked forward to his work.  I especially liked his turn in the first Riddick film, “Pitch Black.”   I’ve always thought of him as talented and if you follow him on social media you can tell he’s definitely enthusiastic.  Diesel is at his best when he has strong collaborators like Spielberg, David Twohy, and Justin Lin, but when he’s the primary force behind his projects, the quality tends to suffer a bit.  Case in point:  “The Last Witch Hunter,” a potentially fascinating story about witchcraft saddled with so-so execution and clichéd narrative threads.

“The Last Witch Hunter” starts with a prologue set in the 1300s and follows a band of hunters led by Diesel’s Kaulder.  They’re after the powerful Witch Queen (Julie Engelbrecht) who is responsible for the Black Death Plague curse that has killed thousands, including Kaulder’s wife and child.  Kaulder succeeds in killing the Witch Queen but finds himself cursed by said Queen to a life of immortality.  Cut to the present day where Kaulder works with the Church to keep in check a tenuous truce between the human race and the witches.   When a group of evil witches set out to resurrect their queen, it’s up to Kaulder and his allies to keep the bad guys (and girls) from unleashing another round of the Black Death.

Let’s start with some positives.  “The Last Witch Hunter” does a good job of creating a suitably creepy atmosphere.  Starting with the prologue, the film drips with impressive imagery, setting the mood effectively and getting you into the groove of the film.  The script by Cory Goodman, Matt Sazama, and Burk Sharpless seems very interested in building an immersive world and a comprehensive mythology.  Kaulder’s immortality is also explored, mostly through his interaction with his handlers, a sect of the Church known as the Dolans.  When we meet Kaulder in the present, his working with the 36th Dolan (Michael Caine) who serves as his second, his adviser, and his conscience.  He’s also retiring, leading to the appointment of the 37th Dolan, a young chap played by Elijah Wood.  There is real chemistry between Diesel and Caine and some of the best scenes in the movie involve them simply talking about life.  Wood is also very good, but his character is somewhat underwritten and he’s not in the film enough to make much of an impression.  Another good performance can be found in Rose Leslie’s portrayal of Chloe, the benevolent witch (and dreamwalker) who helps Kaulder in his hunt.  She adds just the right amount of spunk and vulnerability and, like Caine, has an easy chemistry with Diesel.

The effects are actually pretty good, including a Sentinel creature that is fairly frightening in both concept and execution.  The witches are actually quite scary as well, with a bunch of freaky powers and spells that are impressively showcased throughout the film.  The action scenes are fairly well done, if not a little formulaic, and Diesel, as always, convincing as a badass.

Unfortunately the film fails at getting over the narrative tropes that we’ve seen in several movies like this one.  It’s better then movies like “Seventh Son” and “Jupiter Ascending” but could have been much more with a little more originality.  Director Brock Eisner (“The Crazies”) has a firm grasp on the material but doesn’t have a strong enough personal style to make a unique imprint on the film.  Aside from the visuals and a few details, “The Last Witch Hunter” follows the tired tropes found in similar films, including the “surprise” betrayal that’s not really a surprise at all.  The other problem is that Eisner and his writers spend a little too much time on would-be character development at the expense of the action, leading to dead spots in the film that keep it from reaching optimum narrative momentum.

That said, “The Last Witch Hunter” is not a total loss.  With some fine tuning this film could have been a lot of fun, but as it stands it is only fitfully entertaining.  It does open up a cinematic world I’d be interested in visiting again though, only the next time maybe with a little more cinematic ingenuity and charisma.  If you’re a fan of Diesel and this genre of films, “The Last Witch Hunter” is an amiable time-waster.  2 1/2 Out Of 5 On Kendog’s Barkometer!  So Sayeth The Kendog!

“The Last Witch Hunter” is Rated PG-13 for sequences of fantasy violence and frightening images.