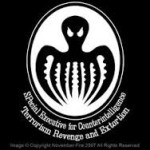 I make no apologies in my opinion of Daniel Craig as the best incarnation of James Bond.  Craig’s Bond is a badass of the first order, dispensing his particular skills (sorry, Liam Neeson) with utter precision and brutality.  If I were to have any criticism of the character it’s in the fact that Craig’s 007 broods a bit too much for my taste.  Narratively speaking, it’s necessary for this emotional introspection to take place due to the demands of the now four-film story arc, yet slowly but surely Craig’s Bond is becoming the Bond we all know and love.  “Spectre” continues this evolution and, aside from a few mostly minor bumps in the road, is a rousing, entertaining success.

“Spectre” begins with the events following “Skyfall” with Bond in Mexico City searching for an killer that will lead him to the heart of a vast criminal organization that has been behind events since Bond first achieved his 00-status in “Casino Royale.”  After a bravura sequence in Mexico, Bond is able to retrieve a ring bearing the Octopus-sigil all Bond fans know and love as the symbol of Spectre.  In the meantime, the head of MI6, M (Ralph Fiennes) is dealing with a crisis of his own: the absorption of his unit into MI5, the domestic intelligence branch of the British government headed by the surveillance-obsessed C (Andrew Scott).  It’s safe to say that Bond’s unorthodox behavior is not helping matters.

As the film continues, Bond has to deal with suspicious allies and dangerous villains like the brutal Mr. Hinx (Dave Bautista) and his boss, the shadowy Franz Oberhauser (Christoph Waltz), head of Spectre and a man with deep ties to Bond’s childhood.  With MI6 under scrutiny, Bond is on his officially on his own, receiving clandestine help from the likes of Miss Moneypenny (Naomie Harris) and Q (Ben Whishaw).

“Spectre” is director Sam Mendes’ (“Skyfall”) continued attempt to round James Bond into the form with which we are familiar and for the most part he succeeds.  Bond is a little more light on his emotional feet this time around, trading quips with both friend and foe with naturalistic ease.  He’s not Roger Moore campy by any stretch of the imagination, but Craig’s brooding is kept mostly to a minimum.  Craig actually appears to be having fun as Bond during the course of the film and that’s a good thing.  Yet Mendes and returning screenwriters Robert Wade, Neal Purvis, and John Logan (with help from Jez Butterworth) don’t completely abandon the emotional journey this iteration of Bond has taken through the last four films.

The action sequences, starting with the stunning opening in Mexico City, absolutely rock.  From the car chase involving an Aston Martin DB10 to the finale in the old MI6 headquarters, “Spectre” delivers the visceral thrills one can expect from a Bond film.  The photography is stunning and the locations are all very Bond.  I happened to catch this film in IMAX and the movie definitely benefits from the format.  The Mexico City sequence is especially breathtaking as is the sequence in the Spectre lair in Tunisia.

The performance are all good across the board, with Craig continuing to evolve as Bond.  His physicality is really put on display here and his convincing physical power is what defines him as an equally convincing 007.  His chemistry with his co-workers like Moneypenny, Q, M, and even C in a couple of scenes demonstrates a lighter verbal touch than in past films.  Fiennes, Harris, and Whishaw are also wonderful in their roles, continuing to put their own spin on the long-standing James Bond working dynamic.

As for the newcomers, Lea Seydoux (Mission Impossible: Ghost Protocol) is fine as Madeline Swann, the daughter of the duplicitous Mr. White (Jesper Christensen) from the first two Craig films.  She’s tough and independent and although she eventually falls prey to Bond’s charms, she makes him work for it for a while.  Waltz is very good as Oberhauser, playing him in a somewhat understated manner that, while a little heavy on exposition, still makes him a dangerous foe.  There are problems with his character, but they have very little to do with Waltz’s performance.  The same goes with Hinx, as Bautista gives the henchman a great deal of personality without saying a word.  Not only is Hinx huge and powerful, but he always has something of a maniacal twinkle in his eye as if he knows he’s better than anyone else.  It is a potentially iconic henchman performance undermined by a single factor.

And that’s where the main speedbump with “Spectre” lies.  Waltz and Bautista are great, but they’re not in the movie enough.  Hinx disappears at about the midway point and Oberhauser doesn’t show up for any length of time until about two-thirds through the film.  It leads to small but noticeable dramatic imbalance that keeps the stakes from feeling truly important which is disappointing given Oberhauser’s relationship to Bond.  It never feels as personal as it should.  The same feels true for the romance between Swann and Bond.  As it develops beyond something more than a typical Bond conquest, there’s not enough time given to it for the relationship to feel more important than it does.   Considering her presence influences a lot of the decisions Bond makes during the second half of the film, the relationship needed to be stronger.

That said, “Spectre” still qualifies as rousing entertainment, with the good far outweighing the bad.  It’s not quite in the same class as “Casino Royale” and “Skyfall” but it’s not as far behind those two as some of my colleagues would lead you to believe.  If this is Craig’s last film as James Bond, he’s definitely going out on a high note.  4 Out Of 5 On Kendog’s Barkometer!  So Sayeth The Kendog!

In addition, I would like to once again thank Doug Link and the staff at the Esquire Imax for providing a wonderful viewing experience.  I had the pleasure of my wife’s company for this film and she enjoyed it as well.  The global scope of “Spectre” along with the terrific cinematography make seeing this film in IMAX a true priority for cinema fans.  You can get your tickets for the Esquire here.

“Spectre” is Rated PG-13 for intense sequences of action and violence, some disturbing images, sensuality and language.