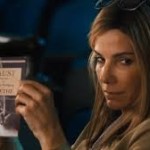 Sandra Bullock as Jane Bodine in “Our Brand Is Crisis”

“Our Brand Is Crisis” seems to be striving for a biting political drama mixed with some comedic moments, but Sandra Bullock’s latest seems to have trouble deciding what kind of film it should be.  Is it a political drama, social satire, slapstick comedy, or inspirational film about the emotional growth of a political mover/shaker searching for redemption.  In truth, “Our Brand Is Crisis” wants to be all of these things and the resulting soup has a somewhat diluted quality to it.  That said, this film is not without its rewards, chief among them a powerhouse performance by Sandra Bullock.

“Our Brand Is Crisis” is the heavily fictionalized account of Jane Bodine (Bullock) a brilliant campaign strategist brought out of retirement to help an American team of consultants to turn around a presidential campaign in Bolivia.  The team’s job: to change the image of their candidate: a smug, arrogant billionaire named Castillo (the excellent Joaquim de Almeida) into the future president of Bolivia.  Standing in Jane’s way is long-time rival and nemesis Pat Candy (an appropriately oily Billy Bob Thornton) who pulls out all the dirty tricks to get his own man elected.  Not helping is the fact that Jane is an emotional wreck who, six years before, had effectively sabotaged her own career, preferring instead to make pottery in the mountains in some sort of self-imposed exile.

“Our Brand Is Crisis” is inspired by a 2005 documentary of the same name but has very little interest in sticking to the facts of the actually story.  That doesn’t bother me at all, but it may some filmgoers looking for an historically accurate depiction of events, so be warned.  Instead this film focuses on the relationships that form (and are sometimes broken) by the dog-eat-dog world of international politics.  During the course of the film, Jane discovers that although she’s as sharp as ever, her moral compass keeps getting in the way.  Throughout she tells herself that her job is to get her guy elected but the more she gets involved with the people, the more she realizes she can’t turn a blind eye to the hypocrisy she’s helped to perpetrate.

Now that’s been a staple of such movies for since “Mr. Smith Goes To Washington” and has had a bad habit of falling into bad cliché over the years.  “Our Brand Is Crisis” could easily been written off as unwatchable moralizing tripe but for the outstanding efforts of Sandra Bullock.  She does a great job of capturing the internal conflict of Jane without making her into a caricature.  She always feels real even when the situations the script puts her in do not.  Her interactions with Thorton’s Candy are among the most entertaining moments in the film, the two pros trading banter with practiced ease.

The script is something of an unwieldy beast, vacillating between broad comedy and would be political drama and not always in successful fashion.  Peter Staughan’s screenplay wants to be all things and as a result, suffers from a lack of focus.  Director David Gordon Green (The Pineapple Express) directs with a sure and steady hand, but the tone of the story hamstrings his ability to put together anything truly more than workmanlike, leaving the performances to carry the day.

Along with Bullock and Thorton, “Our Brand Is Crisis” benefits from the strong efforts of such stalwarts such as Anthony Mackie, Ann Dowd, and Scoot McNairy as members of Bullock’s team, as well as the underrated Almeida (Desparado) as the arrogant Castillo.  Almeida manages to imbue Castillo with a sense of purpose and humanity that would be difficult to portray were the role to go to a lesser performer.  It doesn’t make Castillo any less of a dick, but under Almeida’s watch he becomes more relatable than he has any right to be.

The trouble with “Our Brand Is Crisis” is that the resolution, much like the finale of “Burnt” seems to come too quickly to feel truly earned.  Bullock’s Bodine is more sympathetic than Cooper’s Jones, but she still comes to her particular epiphany way too quickly in comparison to the journey that brought her there.  Much like “Rock The Casbah,” “Our Brand Is Crisis” becomes a “let the white folk save the ignorant savages tale,” which is a shame because until the finale this film is a fairly entertaining piece of work.

Perhaps I’m overthinking things a bit much (like I’ve never been accused of that before,heh), and for the most part, “Out Brand Is Crisis” serves as a slight but entertaining film.  Bullock’s performance alone is worth the price of admission, and the supporting performances are very good as well.  And if the message is a little muddled, well, isn’t that what politics is all about?  3 Out Of 5 On Kendog’s Barkometer!  So Sayeth The Kendog!

“Our Brand Is Crisis” is Rated R for language including some sexual references.