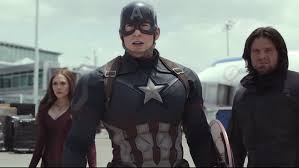 Coming a little later will be my in-depth review of “Captain America: Civil War,” but for now you can get my audio thoughts on this film and a little Netflix Original called “Special Correspondents”  which was written, directed by, and stars Ricky Gervais.  It’s a nice alternative to the big budget superhero extravaganza.  As for “Civil War,” it’s an excellent film, not just a great comic book movie.  Like I said, an in-depth review with a few spoilers will be coming later, but for now enjoy this Podcast of my weekly segment on The Morning News on KFBK!

So Sayeth The Kendog!